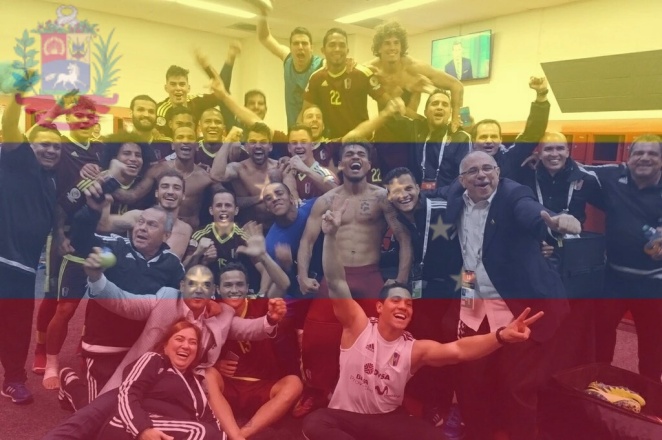 I grew up in a beautiful Country; A Country full of promise. It was a Country that brought in a lot of foreign business and was always heavily visited by tourists. The natural beauty of its landmarks was matched by the natural beauty of its women, who time and time again won Miss Universe. It was known for its beaches, waterfalls, mountains, islands and the nicest people you will ever meet. But, it was also the country with the worst soccer team in all of South America. I grew up in Venezuela.

You probably think of Venezuela, and think of all the bad things you’ve heard about in the news lately. But you probably aren’t aware of the other stuff going on due to bad decisions and 16 years of corrupt politics, socialism, poverty, devastation, crime, murders, lack of basic necessities, standing in line for days to get a bag with five food items, a minimum wage equal to about $9 a month.

Venezuela went from being a Paradise, to being a country looked down on by a lot, avoided by most. Not at all what it use to be.

In the past ten years Venezuela’s soccer team affectionately known as “La Vinotinto” (“Wine tint” because of the burgundy color of their classic uniforms) have steadily gotten better, even though they haven’t won a game so far in this cycle of the World Cup Qualifiers. A lot of it has to do with bad coaching decisions, that have very much reflected Venezuela’s government over the past several years.  Naturally, going into the Copa America, a massive South and North American tournament being hosted by the US, even with a new coach, not much has been expected of La Vinotinto.

Venezuela went into the Copa America, being drafted into one of the most difficult groups that also includes: Mexico, Uruguay, and Jamaica. No one expected Venezuela to make it out of their group. Even in their first game, most of Fox’s commentators predicted Jamaica to beat Venezuela easily. But on June 5th a Vinotinto team showed up that we hadn’t seen before, with a lot of new players, and dominated a well put together Jamaica team. We were riding high for several days, with three points, but nervous knowing that the 7th best team in the world, Uruguay was right around the corner. On June 9th, millions of people, including all of Venezuela were watching as Venezuela played Uruguay. I was watching with my heart beating so fast I could barely breathe, when in the ’36 minute the impossible happened!  Venezuela scored the goal that would define the game, as their defence would step up, to keep the shut out.

We have officially qualified to the quarterfinals of the Copa America!

It’s a classic Cinderella story.  Venezuela doesn’t have a lot to believe in, but they do have 23 men that are fighting for them, they are putting it all out on the line to bring a sense of pride, and in their own way awareness to what’s going on in Venezuela. We know that we may not get past the quarterfinals, but we also know that no matter what happens, we have a Unity, and a love for our country, that goes way beyond words. That picture at the top, is worth a million words. I’ve never seen so many grown men so happy in their life! Viva La Vinotinto!

One thought on “Third World Cinderella”